Warning: Use of undefined constant PWP_NAME - assumed 'PWP_NAME' (this will throw an Error in a future version of PHP) in /home/customer/www/blog.urthecast.com/public_html/wp-content/mu-plugins/wpengine-common/wpe-sec.php on line 63
 UrtheCast Teams With NASA To Stream Live HDEV Views 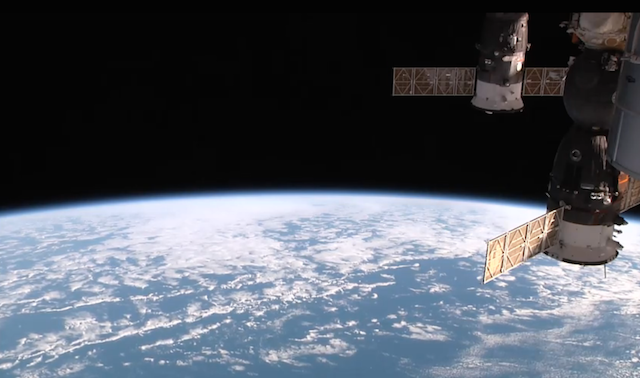 “This summer we’ll begin feeding live video data from the HDEV cameras to UrtheCast’s web platform, our interactive hub of Earth video and imagery,”explained UrtheCast’s CEO and Co-founder, Scott Larson. “NASA’s online HDEV channel has already garnered over 46 million views in under a year, so this is no doubt an exciting opportunity for everyone involved. With this resource, we’ll tap into a view of the world that is not only breathtaking, but incredibly inspiring.”

“Our platform is designed in such a way that will really make this HDEV data shine,” explained UrtheCast Vice President of Technology, Dan Lopez.“The video stream itself will provide yet another innovative layer to our web platform offering. It will be integrated into the UrtheCast feed and APIs, which will provide a rich, interactive media experience for viewers and application developers.”

The HDEV experiment aboard the ISS was activated April 30, 2014. It is mounted on the External Payload Facility of the European Space Agency’s Columbus module. This experiment includes several commercial HD video cameras aimed at the Earth, which are enclosed in a pressurized and temperature controlled housing. While the experiment is operational, views will typically sequence through the different cameras. Between camera switches, a gray and then black color slate will briefly appear.

This release contains certain information which, as presented, constitutes “forward-looking information”within the meaning of applicable Canadian securities laws. Forward-looking information involves statements that an action or event “will”be taken or occur (or similar language) and includes statements about plans to operate sensor and camera components on the ISS, proposed image, video and web platform product offerings and expected partners. Forward-looking statements are subject to various known and unknown risks, many of which are beyond the ability of UrtheCast to control or predict, and which may cause UrtheCast’s actual results to be materially different from those expressed or implied thereby, including, but not limited to, inability to access capital to finance planned projects, delays caused by third parties, damage which may occur to the sensors or cameras during installation or operation, unexpected changes in Russian, Canadian or United States government policies as well as those factors discussed in the Company’s annual information form dated March 20, 2015, (the “AIF”) and the Company’s short form base shelf prospectus dated April 7, 2014 and prospectus supplement dated April 10, 2015 (together, the “Prospectus”) which are available under UrtheCast’s SEDAR profile at www.sedar.com. Forward-looking information is developed based on assumptions about such risks, uncertainties and other factors set out herein, in the AIF and Prospectus, and as otherwise disclosed from time to time on UrtheCast’s SEDAR profile. UrtheCast undertakes no obligation to update forward-looking statements except as may be required by applicable Canadian securities laws. Readers are cautioned against attributing undue certainty to forward-looking statements.

VANCOUVER, April 06, 2015 | UrtheCast Corp. (TSX:UR) (“UrtheCast” or the “Company”) is pleased to announce the signing of a contract, valued at approximately US$9-million, to provide a range of engineering services and related space hardware to an international customer. “This contract further demonstrates the success of the UrtheCast team, expanding UrtheCast’s market footprint,” explained UrtheCast’s [...]