Warning: Use of undefined constant PWP_NAME - assumed 'PWP_NAME' (this will throw an Error in a future version of PHP) in /home/urthecas/public_html/blog/wp-content/mu-plugins/wpengine-common/wpe-sec.php on line 63
 CSA President Talks Space Business, Exploration, and Mars 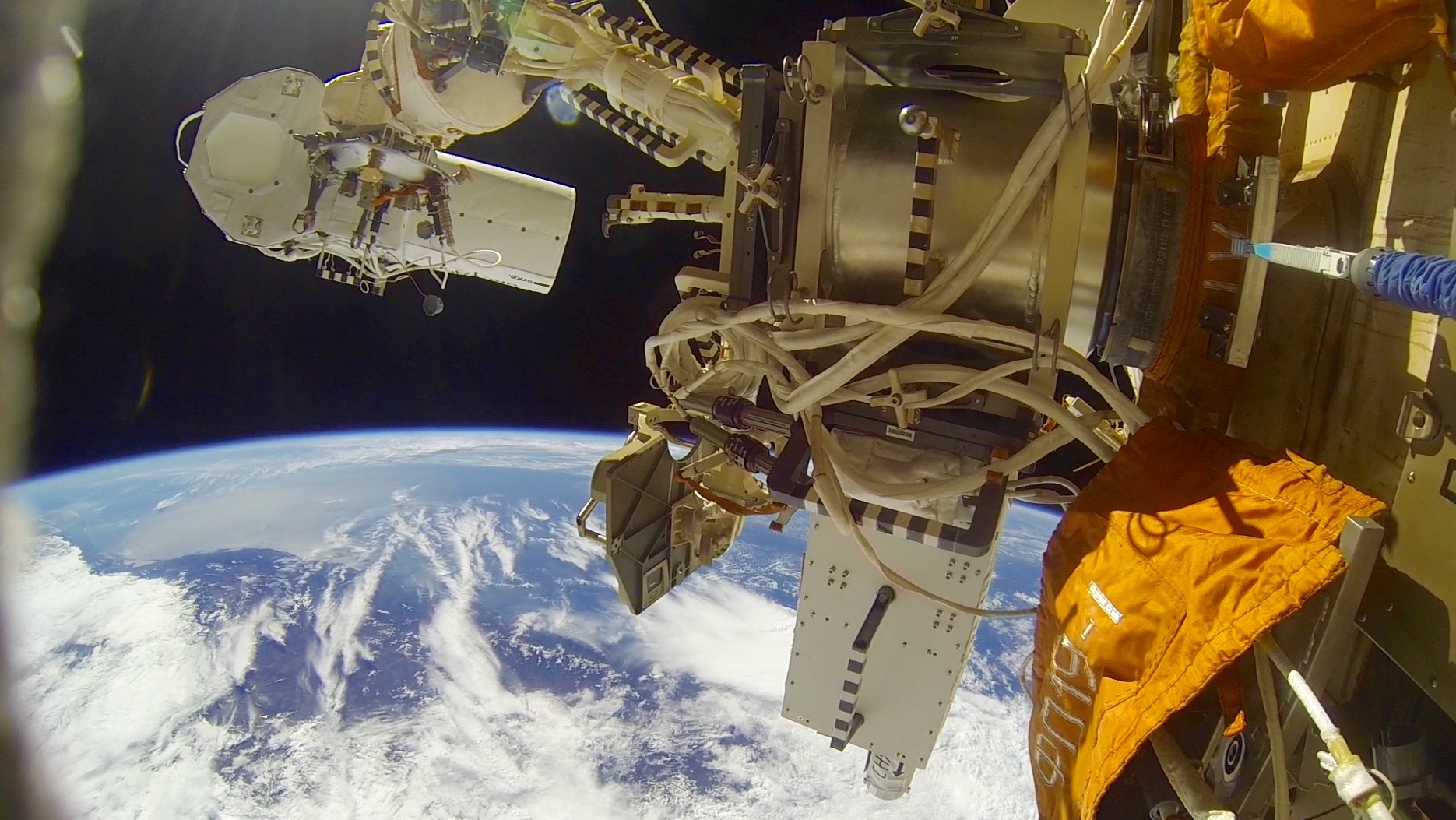 “Space is in state of flux. It’s going to be a really good ride,” said Sylvain Laporte, the Canadian Space Agency (CSA) President on Monday June 6, as he addressed Vancouver Board of Trade (VBT) members during ‘The Economy of Space’ luncheon.

Last week, UrtheCast was honoured to be the presenting sponsor at the VBT’s event, which welcomed the CSA’s newly-appointed president as keynote speaker.

We are in the midst of a “profound revolution” explained UrtheCast CEO, Wade Larson, during his introduction of Mr. Laporte. “Vancouver does very very well in this industry. We punch above our weight.”

Echoing those sentiments, Mr. Laporte reinforced the CSA’s focus on innovation, especially within this increasingly commercialized space industry. “The risk-taking culture — the business culture — is now taking over the space industry. This is very refreshing.”

Space is undoubtedly cool again. (But, of course.)

The industry, as Mr. Laporte explains, has doubled in the last 10 years globally and, unlike other industries, it emerged from the 2008 recession unscathed.  For instance, the space sector has experienced twice the growth as the manufacturing industry, and the bulk of its sales are export driven, which economists like.

Throughout most of its lifespan, the space industry has remained “an elite club,” says Laporte. But this, as we know, is no longer the case, and there are currently 60 countries that have a presence in space, with new small business entrants frequently joining the club. This shift is largely due to increased commercialization and cooperation, not only between space agencies and commercial entities, but also between the agencies themselves.

Take the International Space Station (ISS) for instance, which is by definition a collaborative effort between five main agencies and others. As well, as Mr. Laporte points out, the CSA works in very close partnership with its contemporaries, in particular the European Space Agency (ESA). Commercial entities like UrtheCast, and most recently Bigelow, are also making use of the Space Station for both scientific and business purposes.

Of course, the space industry is no stranger to corporate involvement. The CSA for example relies heavily on industry players, and as Mr. Laporte explained, the CSA’s work is built upon industry contracts. 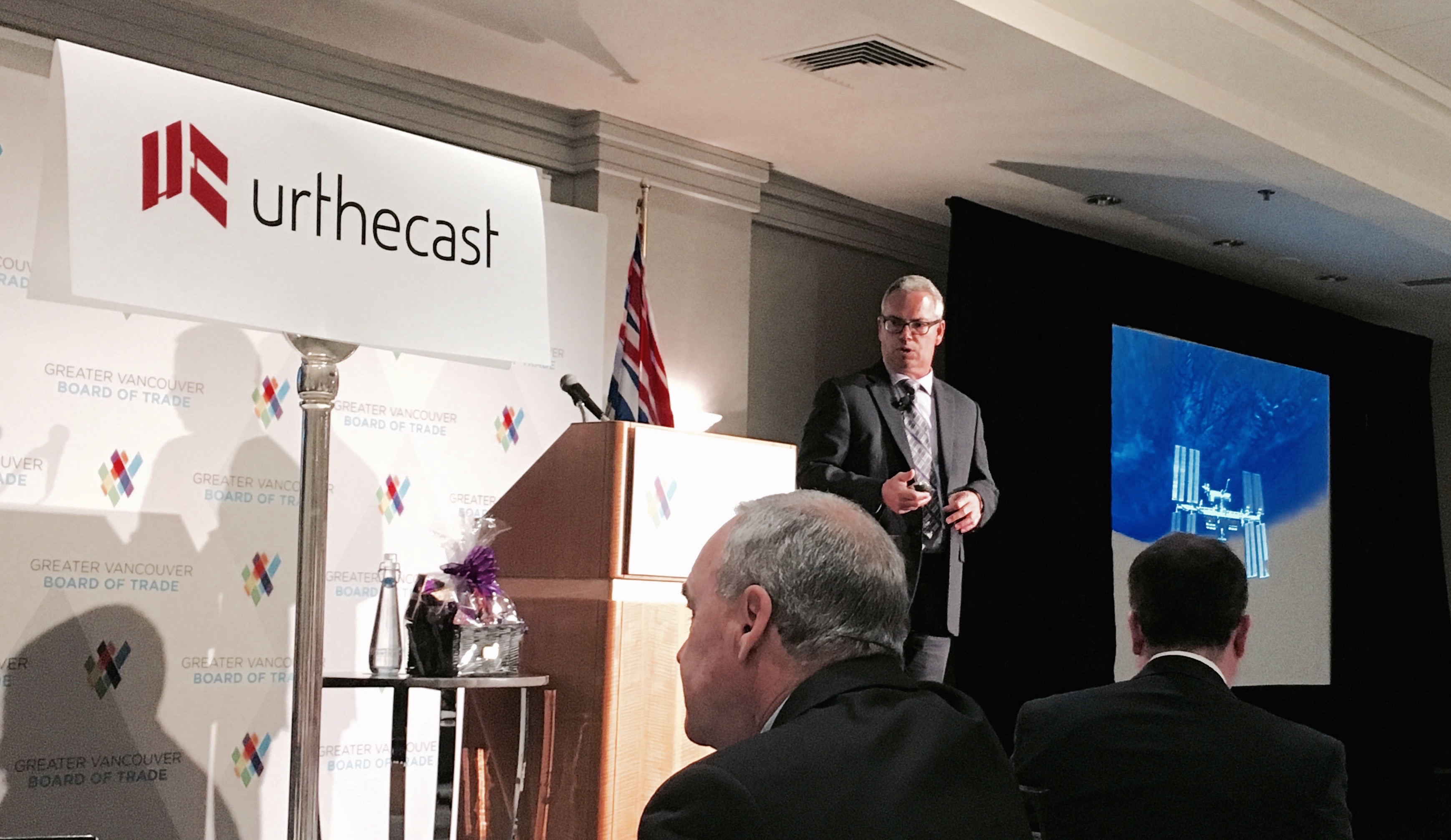 From the Canadarm to Dextre, Canada has a long record for excelling in the “harsh environment of space,” he says. Aboard the ISS, a football-sized laboratory, the CSA concentrates all research efforts into life sciences and brings those results down to Earth, for use here on the planet to help safeguard the future of our species. For example, the results from studies conducted on the ISS have led to innovations in the medical industry, and in one case the potential for autonomous surgery.

All in all, the space industry is a very good contributor to the economy. And what’s key to the space industry’s continued success is research and development, within organizations and universities. “It’s pretty unique in that way,” Laporte adds.

To Mars, and beyond

Currently, the space industry is “all about the ISS,” Mr. Laporte says. (It used to be all about the Space Shuttle.) That focus is changing yet again, with the industry’s attention being focused on manned Mars missions.

In the coming months, multi-nation talks are set to take place to hammer out a moon mission in preparation for Mars — which would involve circling the moon for 15 years, explains Mr. Laporte. Once completed, a spacecraft would be constructed to take humans to the Red Planet. But first, SpaceX’s manned missions to the ISS. It’s expected that human flight will be possible on SpaceX missions within two years.

“We leverage the desire of humanity to keep exploring,” says Laporte. “We are going down a path and we don’t know where it will take us. That’s the nature of exploration.”

For more information on ‘The Economy of Space’ event, check out the #GVBOT feed.

Deimos-1, which is currently on a five-year campaign over the contiguous United States for the United States Department of Agriculture (USDA), has an extremely wide swath (650 km) and high revisit rate of 2-3 days. Now, for the first time, that data is flowing directly to the UrthePlatform soon after it is captured and made available for rendering in any mapping application and in GeoTIFF format.