Warning: Use of undefined constant PWP_NAME - assumed 'PWP_NAME' (this will throw an Error in a future version of PHP) in /home/urthecas/public_html/blog/wp-content/mu-plugins/wpengine-common/wpe-sec.php on line 63
 ESA Aims To Fight Space Debris With A Radar System - UrtheCast Blog

ESA Aims To Fight Space Debris With A Radar System

The European Space Agency plans to add to its arsenal of space-debris-fighting technology and help boost Europe’s industrial expertise at the same time.

The ESA, whose governing council is comprised of 19 European member states as well as Canada, recently announced that it has signed a contract worth four million Euros with France’s national aerospace research centre to design a test radar system that will demonstrate new ways to look for space debris. 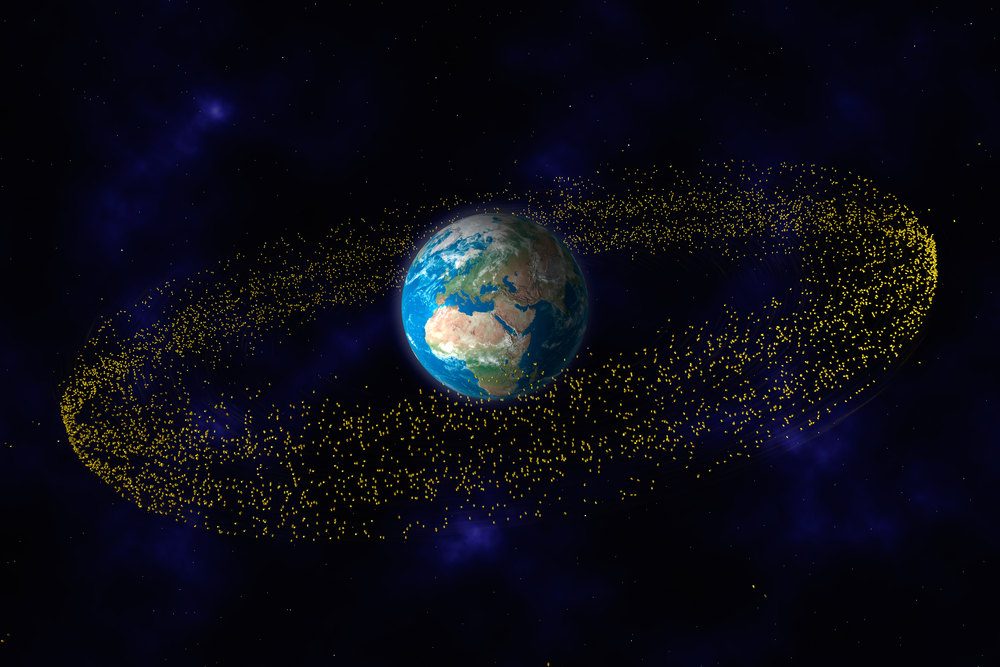 The French research lab — Office National d’Etudes et Recherches Aérospatiales — will work with five industrial partners in France, Spain, and Switzerland, to design a test surveillance radar and develop a demonstrator model, according to the ESA.

With an estimated 6,000 tons of space junk in orbit around Earth, debris and other space hazards have begun to cause serious concern. For example, in January 2012, the International Space Station was forced to maneuver 1.9 kilometers higher in orbit to avoid possible collisions.

Explaining that “radars work by emitting radio energy at a target, and then detecting the reflected signal,” ESA said a monostatic radar emits energy in discrete pulses, with the emitter and receiver in the same place. A bistatic radar emits energy continuously, and the emitter and receiver are in separate locations. In this case, the emitter will be set up at a former airport near Crucey-Villages, about 100 kilometers west of Paris. The receiver will be south of Paris, near Palaiseau.

Since 2009, the European Space Agency has been in a committed effort to increase its ability to track space debris and other hazards, such as comets and asteroids, and end Europe’s reliance on other countries for warnings that its orbiting satellites might be in danger.

ESA’s Situational Awareness Activities program seeks both to identify potential problems and to be proactive in protecting European satellite assets. To that end, ESA has issued more than 25 contracts, totaling more than 30 million Euros, over the last three years for SSA-related work.

“This represents a significant return on investment and highlights the abilities of European industry to play an active and autonomous role in developing essential tracking assets to help secure safe use of space,” said Nicolas Bobrinsky, head of ESA’s SSA Preparatory Programme office.

Once finished, the two radar demonstrators will be part of a network of sensors that, together with optical telescopes and other informational gathering, will target “observation of debris objects in all orbital regions,” according to the ESA.

Despite a few bumpy moments on its first commercial mission to resupply the International Space Station, the SpaceX Dragon is back on Earth to general applause. The capsule that brought 400 kilograms of food, clothing, spare parts, and equipment, left the ISS the way it arrived — on the end of Canadarm2, which dropped the Dragon capsule back [...]

Share“ESA Aims To Fight Space Debris With A Radar System”