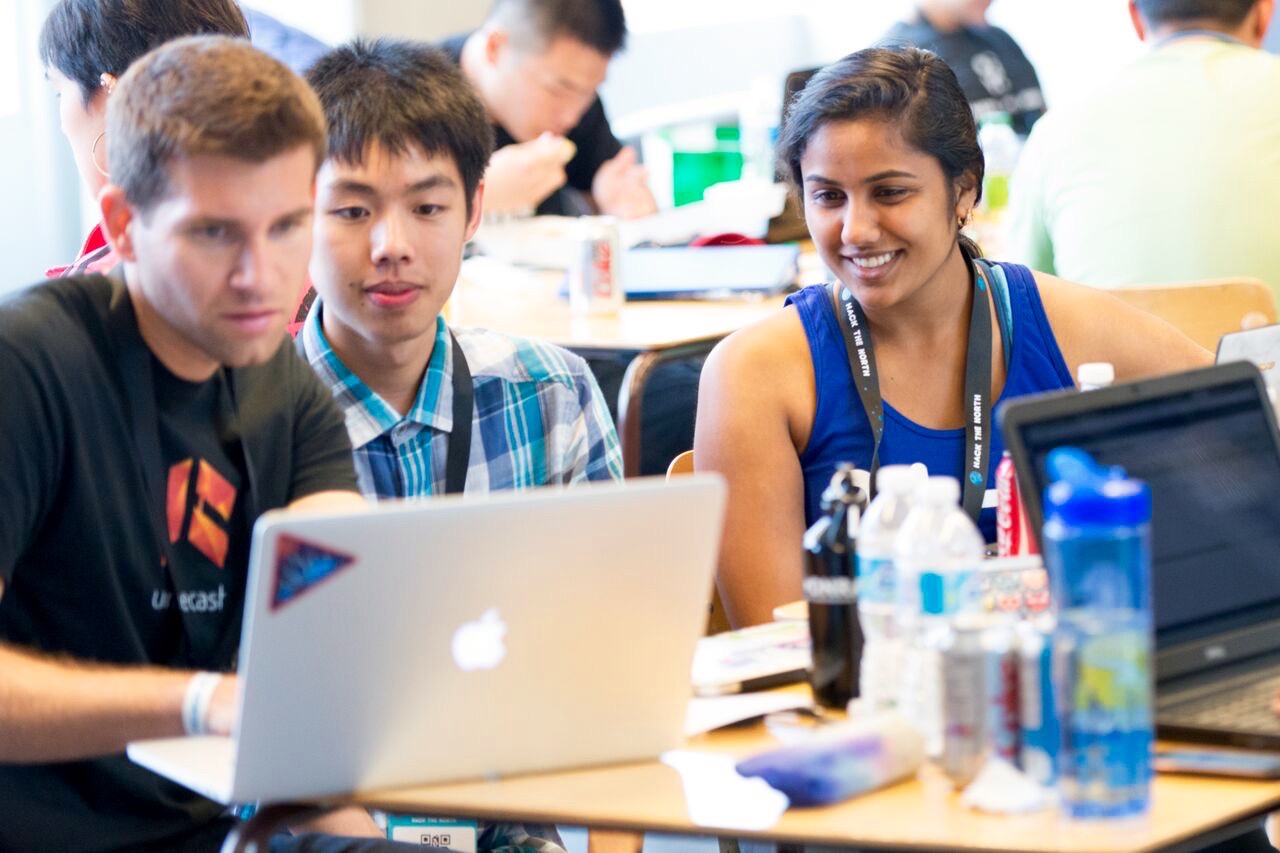 Last week, in the span of five days, the UrtheCast team participated in two hackathons at opposite ends of North America. Hundreds of people were exposed to the UrtheCast Platform and Earth APIs for the first time.

Tools for Change in Waterloo

From September 18 to 20, several members of the Platform team, including myself, participated in Hack the North in Waterloo, Canada. Over 1,200 high school and college students lived and worked together for 36 hours to solve tough software and hardware problems. Companies like Google, Facebook, Dropbox, and UrtheCast loaned not only their technology but also their mentorship.

Soon after the event started and teams began to form, we hosted a packed-house workshop to teach students about the power of working with satellite imagery and geospatial data to solve some of the world’s most difficult problems. Participants from a wide range of backgrounds — computer science, math, remote sensing, and business — attended the session, posed questions about our data, and pondered the types of things they’d be able to build. Almost the entire room stayed afterwards to gain access to the UrtheCast Platform for use in their projects. 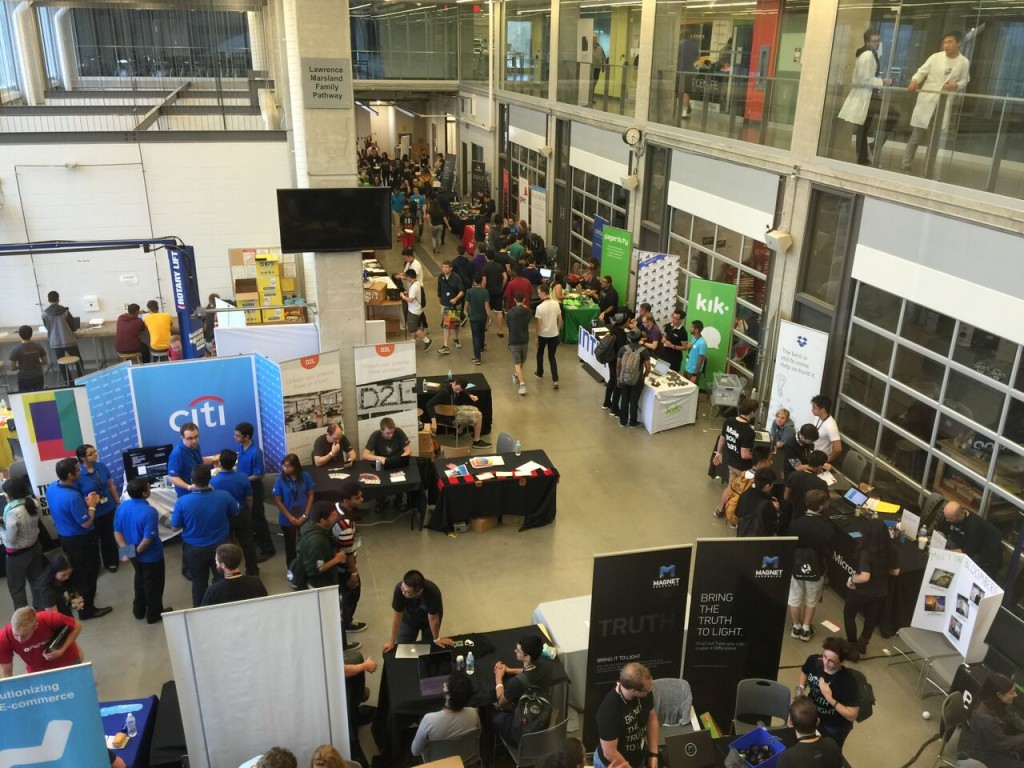 Throughout the weekend we spent long days and nights working side-by-side many of the teams. We helped them debug issues, discussed how to use our water index to monitor droughts, and taught them about satellite orbits. After one final caffeinated push, the teams presented to the judges for an overall prize, and to UrtheCast for a chance to win the ‘Best Use of UrtheCast APIs’ prize.

We were blown away by the depth and breadth of what was built on top of our platform: from Epoch, a mobile game that allows users to track down the position of satellites at various geographic landmarks to earn rewards, to SatPuzzle, a jigsaw puzzle where players can create a puzzle out of UrtheCast Theia imagery, and many others.

The one that captivated us the most — our API prize winner —was Discover, an Android app that uses recent satellite imagery and World Bank data to entice users to donate to worthy causes and disaster areas around the world. The team’s global humanitarian outlook and desire to grow the app into something that people would use daily is precisely why we’re building the UrtheCast Platform. 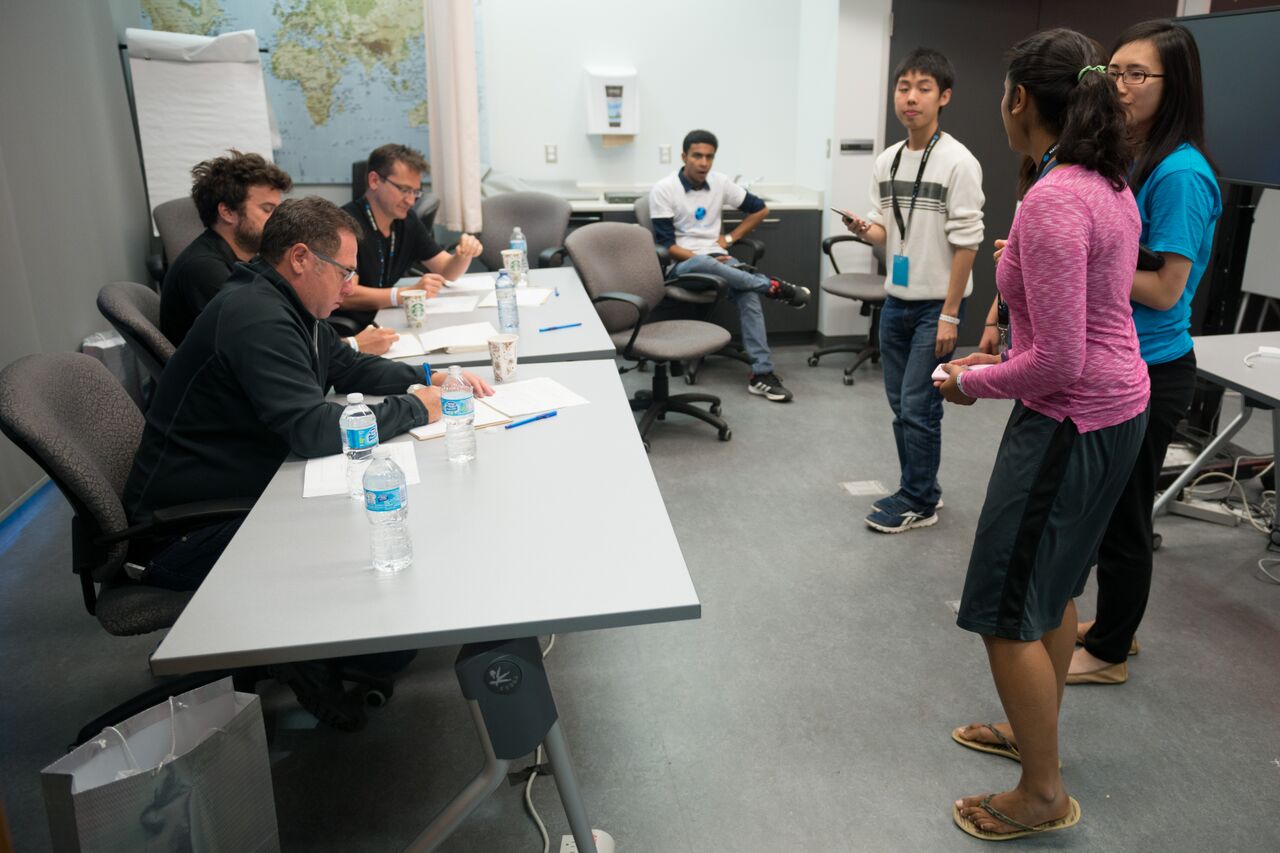 Taking the Planet’s Pulse in SFO

After the closing ceremonies wrapped up in Waterloo, we hopped on a plane back to San Francisco, where we hosted our own hackathon for another diverse group of attendees. Here there were students from UC Berkeley and veterans from the Earth Observation industry all eager to get their hands on our APIs. After a brief introduction to remote sensing by our Chief Scientist, Dr. Keith Beckett, and an overview of the platform by our Senior Software Architect, Alex Bain, we set the groups off on a relatively brief, seven-hour hacking session. 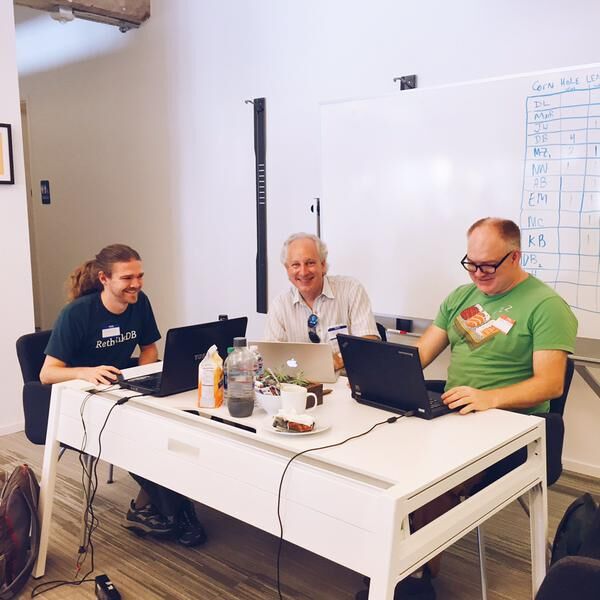 This time our entire Platform team was on hand to lend support and ideas. Again, we were impressed with what was created in such a short period of time. After a full day of hacking (and once again a lot of caffeine) the teams presented their work. One group built a web application intended for farmers in developing countries, which would allow them to  drop a pin on any field and instantly show changes over time in NDVI (a vegetation health index). Another used open fire data to display before and after imagery to assess the full extent of burn damage. We even hacked together a Chrome extension that displays beautiful satellite imagery every time you open a new tab.

These several days of events, plus the addition of many more customers to our beta platform, have reinforced to us and to the world, that fast, scalable access to Earth’s data is a powerful driver for change — one that many people are excited to get their hands on. Whether you’re building an application that encourages people to get out and explore new places, or one that monitors environmental changes in various areas of the planet, the UrtheCast Platform can help. 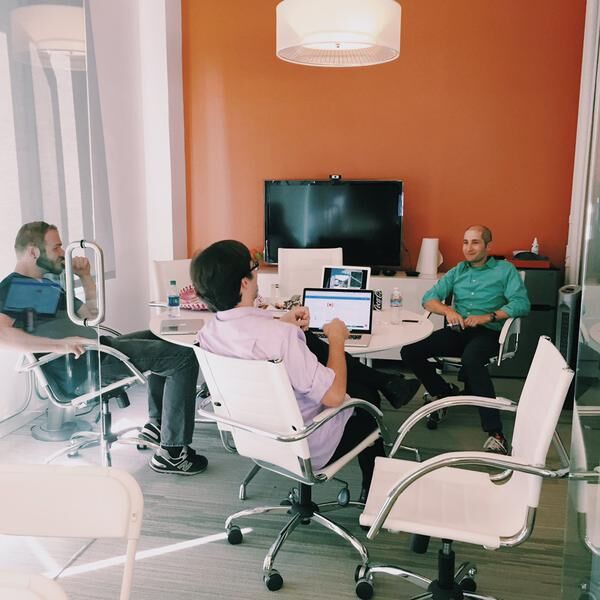 What excites us is that this is just the beginning. Over the coming months we will continue to build new functionality, add more satellite imagery and video from a variety of sources, and increase the amount of geospatial data, which will help to monitor ship movement, deforestation, and earthquakes. It will truly be a near-real time pulse of the planet, served up via API.

If you’re interested in building with Earth APIs, you can request access to the UrtheCast Platform Beta. We look forward to seeing what you can do.

Boats speed to and fro across Vancouver Harbour, a float plane glides past Stanley Park, and cars hustle down the busy streets of downtown Vancouver in this video captured in August of 2015. Lovely views aside, this recent Iris video of our hometown offers up more than eye candy — it’s an excellent example of [...]