Flight of the Falcon

On March 4, a SpaceX Falcon 9 rocket lifted off and successfully placed communications satellite SES-9 in orbit — the first stage of the rocket travelled back to Earth, attempting to land on a barge ~645 kms east of Cape Canaveral. It was a hard landing, tweeted Elon Musk, SpaceX CEO and Co-founder.

The Falcon 9 dropped the SES-9 satellite in a geostationary orbit, at an altitude of ~36, 000 km. To reach those heights, the rocket requires a lot of propellant in the first stage, which means that the remaining combustible required to attempt a return to the drone ship is limited, making that task all the more challenging.

Thanks to its high revisit rate, Deimos-2 — an extremely high-resolution satellite with a Ground Sampling Distance of 0.75m — eyed each of the SES-9 launch attempts, beginning with pre-launch operations in early February (Fig.1), then capturing the Falcon 9 at the Launch Pad in Cape Canaveral on Feb. 23, 27, 28 (Fig. 2, 3 and 4), and spotting the drone ship ‘Of course I still love you’, which is shown ready to recover the first stage in the Atlantic Ocean on March 4 (Fig. 6 and 7).

The SES-9 satellite is the ninth SES telecommunications satellite in the SES family, and the second one launched by SpaceX.

When every hour counts

This image series highlights not only Deimos-2’s tasking reliability, but also its speed of delivery. The three-hour tasking-to-delivery capabilities of the Deimos-2 sensor allowed us to acquire and publish the barge images only a couple of hours before the launch. This drone ship image went on to collect widespread impressions across social media, and was featured by SpaceNews, Spaceflight Now, and the Planetary Society, among others. 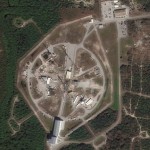 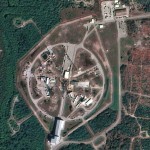 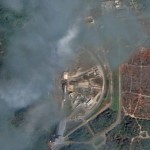 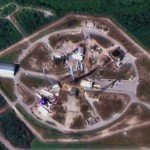 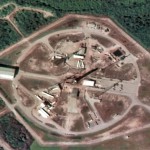 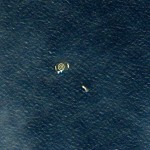 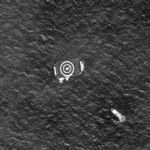