The weekend leading up to SXSW Interactive doles out enough work, prep, and play to last you a month. So, it’s no surprise that by the time Monday rolls around, hitting the ground running requires more than a bit of fortitude.

As anticipated, the UrtheCast team hit its stride today with a huge response to the debut of our interactive platform.

UrtheCast is in Austin, Texas for SXSW Interactive, where we’ve launched Alpha One, the first iteration of our interactive platform. This launch signals just the beginning for our UrtheCast platform; come fall 2012, this dynamic platform will allow you to see, scroll, search, zoom, and develop apps with high-res video imagery of Earth from the International Space Station. 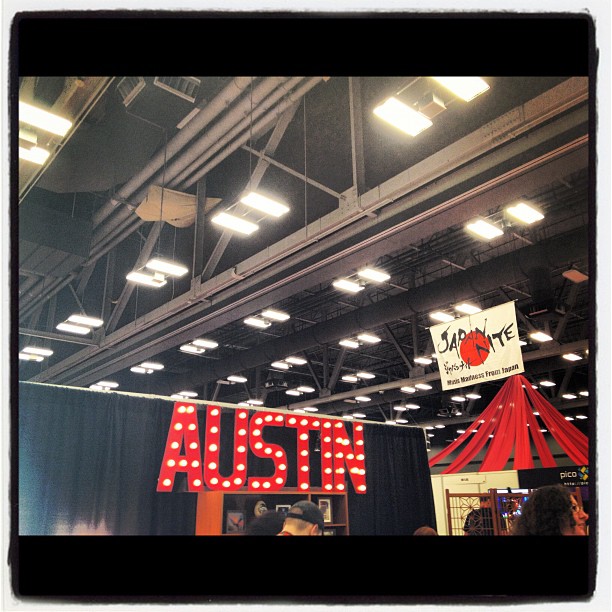 This weekend was full of preparation for UrtheCast’s Head of Product, Matt Boyd, and Head of Development, Eric Bieller — a weekend that also included a swing by the Google Maps party. (Check out the cool 360 here.)

Today our team unveiled Alpha One at booth #646 (in case you’re in the area and want to check it out). News has it that UrtheCast is already getting rave reviews from users. As Matt tweeted today, “Today is turning into an overwhelming success. It’s amazing to see people light up when we tell them we’re putting cameras in space.” We couldn’t put it any better than that. 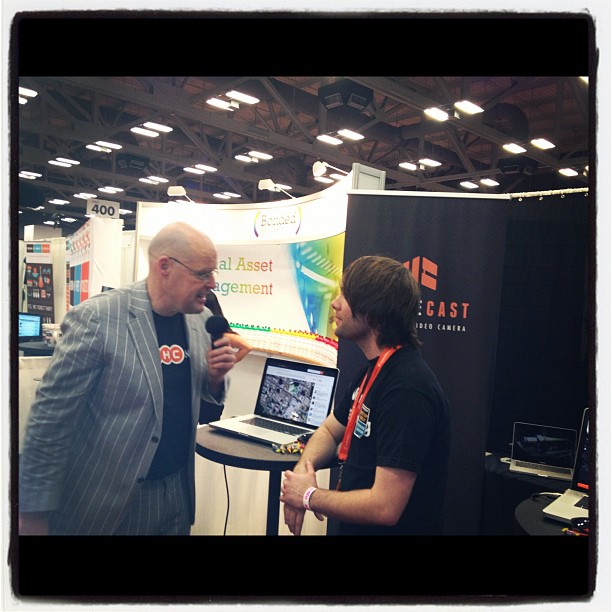 Throughout the week, users will be able to take a picture with their UrtheCast swag and tell us what they’d like to see when UrtheCast goes live later this year. 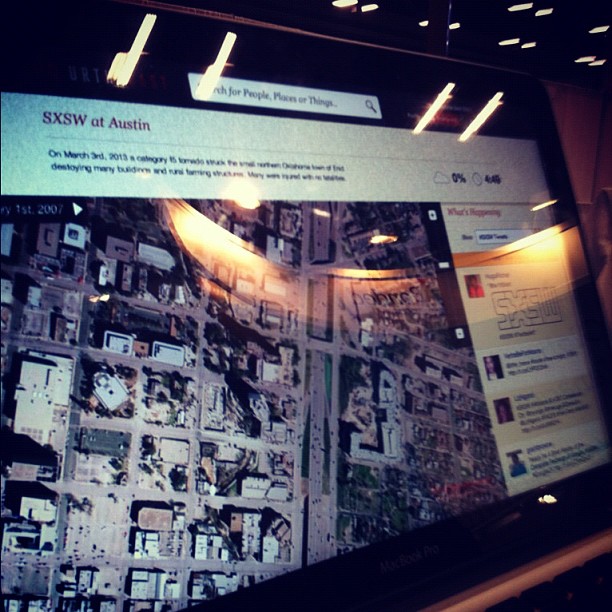 A sneak peek at Alpha One - the first version of our interactive platform.

Of course, it’s not all-work-and-no-play for the UrtheCast team. What’s on the schedule for our hardworking team today? Well, after manning the UrtheCast booth, it’ll be time to unwind at the Taskrabbit Detox Day.

Detox Day, you ask? Even a mere three days of SXSW will take its toll on a seasoned schmoozer. What better way to stay in fine form by enjoying an afternoon of lounging, web surfing, and yoga?

When the team is done detoxing, it’s off to Techweek Intro Party, which brings the Windy City (Chicago) to Austin for some music and revelry. Here UrtheCast will mingle elbow-to-elbow with some of the best in digital, startups, and tech.

For some of our team members it will be their first SXSW party, but we know it won’t be their last.

Get Ready, SXSW, Here We Come!

SXSW is not just about shaking hands, wheelin’ deals, and basking in the spotlight of creative prowess (okay, for some it’s totally about that), it’s also about the celebration of creativity. You might even say it’s the cultural renaissance fair of our modern age. (From digital gurus, to inspiring tech startups, to music, to film… [...]