Warning: Use of undefined constant PWP_NAME - assumed 'PWP_NAME' (this will throw an Error in a future version of PHP) in /home/customer/www/blog.urthecast.com/public_html/wp-content/mu-plugins/wpengine-common/wpe-sec.php on line 63
 UrtheCast Named the Fastest Growing Tech Company in Canada on Deloitte's 2016 Technology Fast 50™ - UrtheCast Blog 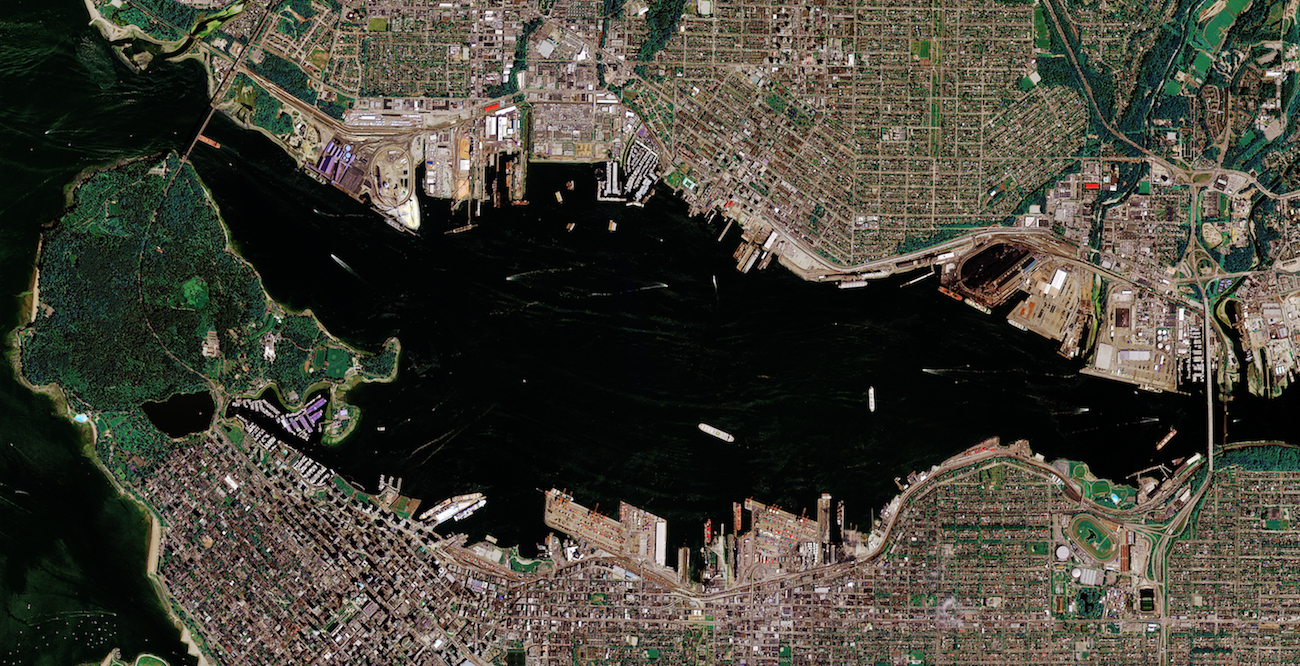 Vancouver, November 16, 2016 | UrtheCast Corp. (TSX:UR) (“UrtheCast” or the “Company”) today announces that it has been awarded the #1 spot on Deloitte’s 19th annual Technology Fast 50 program. This prestigious designation has been awarded to UrtheCast for being the fastest growing technology company in Canada in terms of revenue growth over the period 2012 to 2015.

In assessing the factors that led to the company’s dramatic revenue growth over the period, UrtheCast’s President and CEO Wade Larson credits the company’s constant focus on innovation, strong support and commitment from the company’s customers, and the incredible passion and dedication of UrtheCast’s employees.

“Just as Canada’s tech sector is in a period of dramatic growth and innovation, the same is true for the global space sector, where UrtheCast is strongly positioned as a disruptive player in the rapidly-growing markets of Earth Observation and ‘big data’ geoanalytics. Winning the Deloitte Fast 50 award for fastest revenue growth is a huge achievement,” said Larson. “We’re delighted and humbled to have won.”

“Fast 50 companies are the cutting-edge innovators leading the technology industry in Canada,” said Anders McKenzie, Technology, Media and Telecommunications Managing Partner for Deloitte in Canada. “Their bold vision, unrivaled growth and true commitment to innovation allow them to not only improve today’s world, but also shape tomorrow’s.”

To qualify for the Deloitte Technology Fast 50 ranking, companies must have been in business for at least four years, have revenues of at least $5 million, be headquartered in Canada, own proprietary technology, conduct research and development activities in Canada and invest a minimum of five percent of gross revenues in R&D.

UrtheCast Corp. is a Vancouver-based technology company that serves the rapidly evolving geospatial and geoanalytics markets with a wide range of information-rich products and services. The Company currently operates four Earth Observation sensors in space, including two cameras aboard the International Space Station and two satellites, Deimos-1 and Deimos-2. Imagery and video data captured by these sensors is downlinked to ground stations across the planet and displayed on the UrthePlatform, or distributed directly to partners and customers. UrtheCast is also developing and anticipates launching the world’s first fully-integrated constellation of multispectral optical and SAR satellites, called OptiSAR™, in addition to its proposed UrtheDaily™ constellation, which the Company believes will together revolutionize monitoring of our planet with high-quality, medium and high-resolution, and high-coverage and high-revisit imagery in all weather conditions, any time of day. Common shares of UrtheCast trade on the Toronto Stock Exchange as ticker ‘UR’.

This release contains certain information which, as presented, constitutes “forward-looking information” within the meaning of applicable Canadian securities laws. Forward-looking information involves statements that relate to future events and often addresses expected future business and financial performance, containing words such as “anticipate”, “believe”, “plan”, and “expect”, statements that an action or event “may”, “might”, “could” or “will” be taken or occur, or other similar expressions and includes, but is not limited to; its future growth and operations plans, and anticipated trends and challenges in its business and the markets in which it operates. Such statements reflect UrtheCast’s current views with respect to future events and are necessarily based upon a number of estimates and assumptions that, while considered reasonable by UrtheCast, are inherently subject to significant uncertainties and contingencies. Many factors could cause UrtheCast’s actual results, performance or achievements to be materially different from any future results, performance, or achievements that may be expressed or implied by such forward-looking statements, including, among others: any delays or failures in the design, development, construction, launch and operational commissioning of the proposed OptiSAR™ constellation; the Company being unable to convert the Memoranda of Understanding in respect of funding of the OptiSAR™ constellation into binding, definitive agreements; interruptions to or failures of UrtheCast’s infrastructure; legal and regulatory changes, as well as those factors and assumptions discussed in UrtheCast’s annual information form dated March 29, 2016, (the “AIF”), which is available under UrtheCast’s SEDAR profile at www.sedar.com. Forward-looking information is developed based on assumptions about such risks, uncertainties and other factors set out herein, in the AIF, and as disclosed from time to time on UrtheCast’s SEDAR profile. UrtheCast undertakes no obligation to update forward-looking statements except as required by Canadian securities laws. Readers are cautioned against attributing undue certainty to forward-looking statements.