Warning: Use of undefined constant PWP_NAME - assumed 'PWP_NAME' (this will throw an Error in a future version of PHP) in /home/urthecas/public_html/blog/wp-content/mu-plugins/wpengine-common/wpe-sec.php on line 63
 Watch a Volcanic Eruption, from Space: Kilauea Volcano, Hawaii 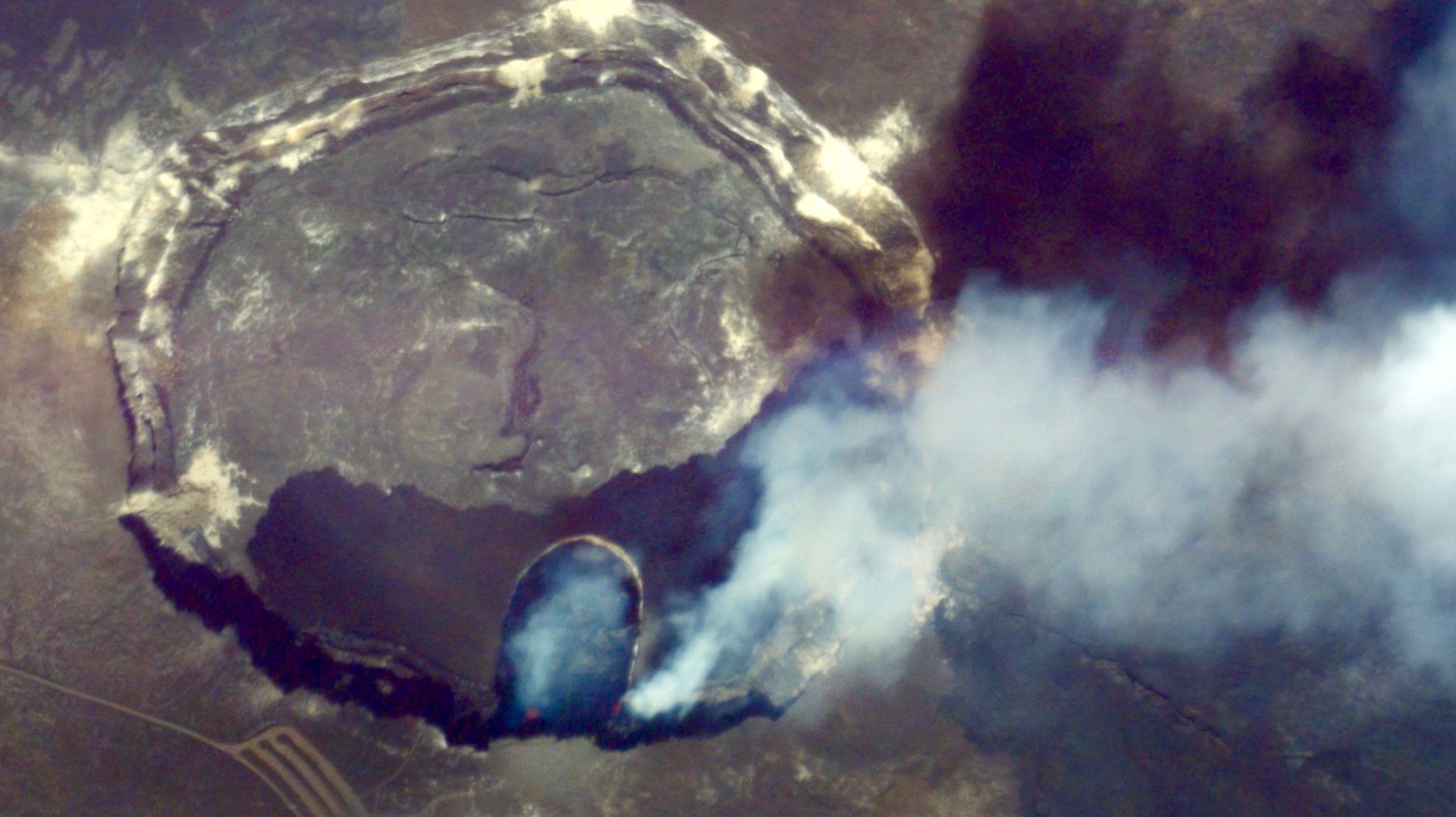 Another first from space

When capturing the world from space with video, you tend to collect some exciting ‘firsts’.

This week, we’re extremely pleased to release the first full-color UHD video of an active volcano from the International Space Station. Our Iris video camera captured approximately 20 seconds of what has been a 33-year-long eruption of the youngest shield volcano on Hawaii’s Big Island.

Kilauea — possibly the world’s most active volcano — boasts a long history of epic eruptions, evidenced by its Hawaiian name, which means “spewing” or “much spreading.”

As spotlighted this week in Time Magazine:

“Twenty-three seconds is not much in the life of a volcano that’s been steadily erupting for 33 years. But when those 23 seconds are captured by a high-definition camera aboard the International Space Station, they matter a lot — if only because they can give the 7.1 billion of us who will never go into space a perspective on the planet that the few who do leave it get to see all the time.”

“In this case, that perspective is provided by a camera placed aboard the station by Urthecast, a Canadian company that makes planetary images available to businesses, developers and just plain gawkers.”

In the video below, volcanic gas rises from the edge of the Overlook Crater (the summit vent), within a wall of volcanic rock called the Halemaumau Crater.

Captured March 2nd and delivered to the United Nations Office of Outer Space Affairs for analysis, this recent HD Iris video of Iran’s Imam Khomeini space launch facility shows increased activity in the area, suggesting that a launch of the Simorgh SLV rocket — which is designed to send satellites into space — could be fast-approaching.